The Origins of Montana Yogo Sapphires

Yogo Sapphires are natural, unheated sapphires from Yogo Gulch, Montana. They are typically a wonderful cornflower blue, and range into rare violets and purples. They are a coveted alternative to a diamond as an engagement stone, as they are much rarer and unique than the average diamond. They also are a local gemstone that is usually sustainably mined, and many people are proud to have them to show their support for the US and Montana in particular. Tourists and local Montanans buy them to remember the beauty and majesty of the Treasure State, Montana. Yogo sapphires are so rare because they are only found in one location and are very difficult to mine. The ore usually contains only small gemstones, thus anything over .30ct commands a higher price than diamonds and is hard obtain. Yogo sapphires over 1 carat are so difficult to find that it takes years to collect enough of them to make a matching pair.

Yogo sapphires were discovered accidentally by Jake Hoover in the late 1800’s. Like many people seeking their fortune, he went out West to find gold. The Yogo Gulch area was rumored to be rich in gold and so he went there. When he arrived and got to panning, he found that there wasn’t nearly the bonanza he was hoping for. However, unlike most of the areas he had tried before, his sluice box was clogged with pretty blue pebbles! He watched other miners, and along with grumbling about the lack of a mother lode, they were frustrated with and threw away all the little annoying pebbles. He decided to collect a few and see if he could find out what they were. After some time, he was able to collect a shoebox full and send them to a gemologist in New York for examination. Much to his surprise, he received a nice check in the mail for the stones and a note stating that the annoying blue pebbles were, in fact, ultra-fine sapphires! From then on Mr. Hoover worked to consolidate mining rights for the sapphires.

Yogo Sapphires Have A Long History

As was the mode of the Wild West, the Yogo mines changed hands in various ways including card games, but eventually, they were primarily purchased and owned by an English company out of London, and the sapphires were sold across the world as fine Ceylon sapphires. It is rumored that there are several Montana Yogo Sapphires in the Crown Jewels and private collections of English royalty. After mining mishaps and political changes, the English mines were closed. Over the years many mining companies have come and gone, and the availability of Yogo sapphires has always been sporadic because of this. Many of the companies failed because of lack of management or marketing skills, but the fact remains that the Yogo sapphire is difficult to mine, and thus more expensive to pull from the ground than many other sapphire locations. Most sapphires are mined from alluvial gravel deposits near the surface, while Yogos are pulled from hard rock ore underground. However, despite the difficulty and expense, the demand for Yogos continues to rise, and there is usually someone else willing to do the hard work to pull these unique blue treasures from the hidden roots of the mountains! In conclusion, while we see the ebb and flow of availability, there will always be a desire and place for the famous American Sapphire in our jewelry collections! 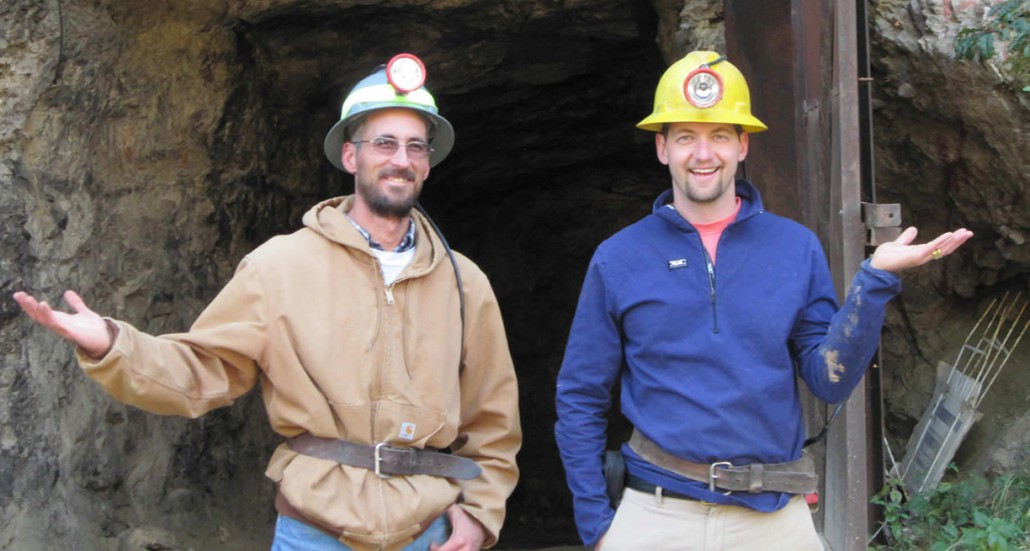 After a successful Yogo sapphire mining